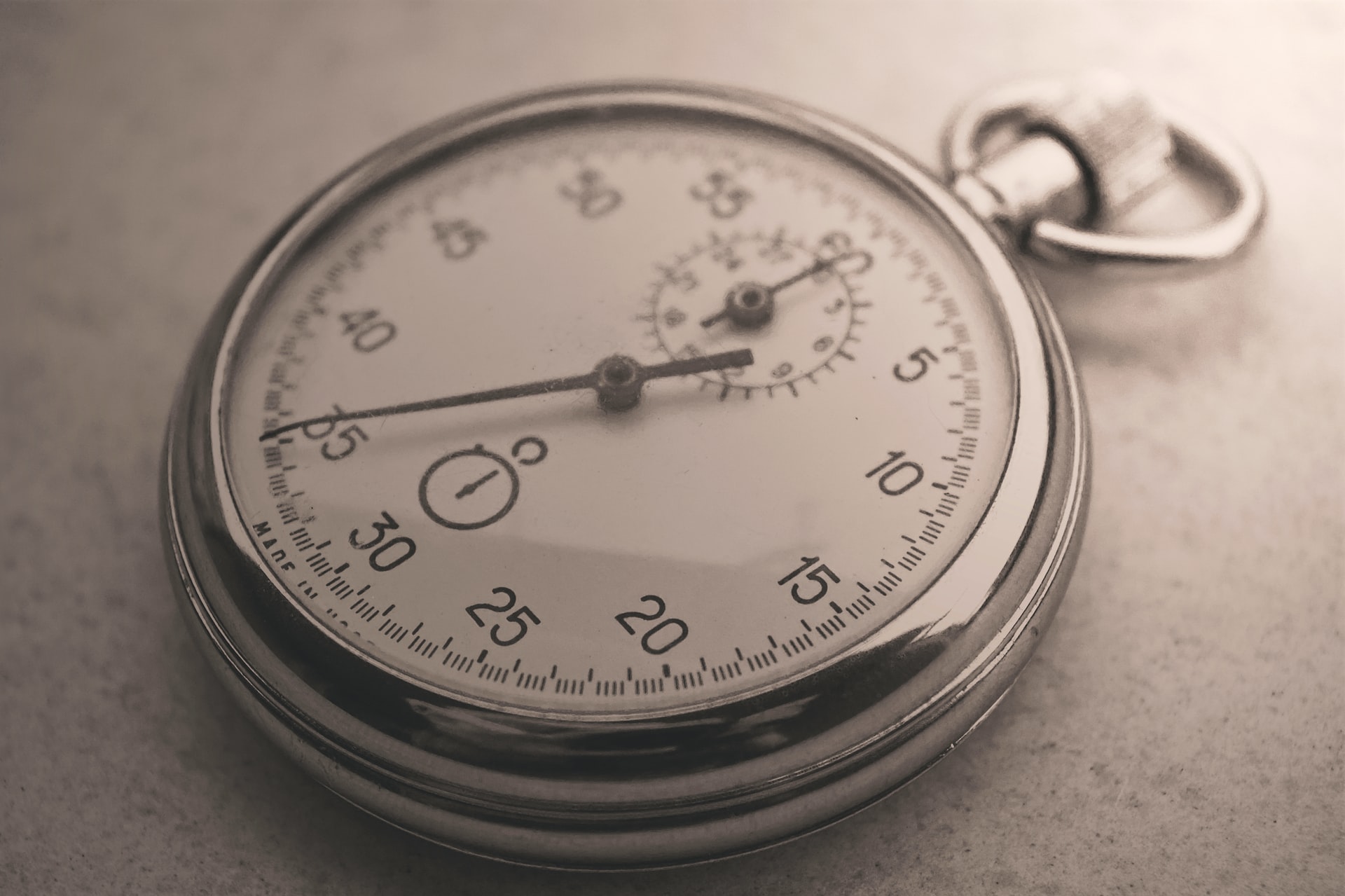 Of particular note is the cryptofuzz project, which fuzzes the above (and more) cryptographic libraries as part of OSS-Fuzz.

The tools presented here are evaluated and categorized based on several characteristics.

The first and most significant criterion is the general approach the tool takes and whether it is dynamic or static, e.g., whether it runs the target or not. Dynamic tools usually instrument the target in some way, observe its runs with varying inputs and then evaluate whether differences in runs leak via an observable timing side-channel. Static tools, on the other hand, usually use formal techniques from static analysis and verification of programs to analyze the target and conclude whether it is constant time, with regards to some leakage model.

A second significant criterion that differentiates many of the tools is the input level at which they work. Several tools work on the source code level, most with the C language, some with a custom domain-specific language. Other tools choose to work on a lower level, often in LLVM Intermediate Representation (IR), an assembly-like language in Static Single Assignment (SSA) form used in the LLVM toolchain but also in many open-source program analysis tools. As all of the mentioned input levels are above the assembly/binary level, they are exposed to a level of risk that a compiler will somehow introduce timing leakage, which will not be caught. This risk is entirely realistic, as general-purpose compilers do not offer side-channel resistance and have no obligation to keep the code leakage free. Finally, some tools work directly with compiled binaries and thus provide the highest guarantees that a compiler will not introduce leakage.

The leakage model used and the possibility to configure it forms another essential property of the tools. I consider the leakage model to be what the tool considers to be sources of timing leakage. There are three common leakage models that are often combined in the tools. The branching leakage model considers all branching instructions (program counter changes) conditional on secret values to be leaking. The memory-access leakage model considers all secret dependent memory accesses to be leaking. Lastly, the operand leakage model considers all use of particular instructions with secret dependent operands to be leaking the operands. This leakage model is specific to some processor architectures and instructions which take a variable time to execute, see, for example, the variable time multiplier on ARM (ARM7TDMI Technical Reference Manual). The three mentioned leakage models are usually used together. Both the branching and memory-access leakage models have a version that modifies them such that the existence of processor cache is properly modeled. For example, this allows for code that accesses memory based on a secret value, but only in the space of one cache line (sometimes as a result of applying a cache preloading countermeasure), thus a cache attacker gains no secret information. The above models, especially the operand one, have drawbacks as they require assumptions on hardware behavior or modeling of hardware, and are hardware-specific. Dynamic tools might consider a completely different leakage model, for example, the attacker might only learn the number of instructions that were executed during a run of a function, or sometimes its runtime. This model is applicable for remote or local - but not cache - timing attackers.

For static tools, the properties of soundness and completeness are achievable and essential. A sound tool only deems secure programs secure, thus has no false negatives, while a complete one only deems insecure programs insecure, thus has no false positives. Here I adopt the notion that the tool aims to detect the presence of timing leakage (positive result) and thus derive the false positive/negative notions as above. In the case of dynamic tools, soundness and completeness are often unachievable, and one can only argue about the false-negative rate and the false-positive rate or generally about classes of leakage the tool can find and of classes of program constructs the tool will flag falsely.

Connected to the notion of errors in the tool’s output is its flexibility regarding what values it considers secure detects their leakage. Some tools give the developer the ability to declassify a secret value, thereby exempting it from analysis. This is clearly a double-edged sword. While necessary for some program constructions, its abuse would lead to false negatives. One common application of declassification in cryptographic implementations is in rejection sampling, e.g., when a secret is repeatedly sampled and thrown away until a condition is satisfied. Rejection sampling leads to variable-time code, however with some slight assumptions on the random number generator and the condition on the secret, such leakage is benign and should be ignored. Another source of benign leakage exists in the form of publicly observable outputs. They arise, for example, in the decryption function of an authenticated encryption cipher, as the verification result (which is clearly secret dependent and which is returned) also affects whether the ciphertext gets decrypted. The tool support for such outputs forms another criterion which expands its possibilities of use.

Last but not least, there is a concern for usability. It is the ease of use of the tool that, in the end, drives most of the adoption. Usability is hard to characterize, as it contains elements of all criteria discussed thus far. For example, if a domain-specific language (DSL) is used as the input level to the tool, existing projects will likely not adopt it, as it will require a rewrite of a part of their codebase. As these tools are products of research papers, the usual saying about the quality of research code, tooling and packaging applies as well. Furthermore, with the absence of proper packaging, the tools and their dependencies are often left outdated and no longer work on current versions of their dependencies. All of this points to usability being a significant concern for the adoption of tools for verification of constant-time properties.

The platform support of the tools is unclear as they usually only explicitly target and evaluate on x86. However, as their input level is often the LLVM IR or source code, they could work on other platforms.

The tools below are discussed in this report, ordered chronologically. Some properties of the tools are unclear and are marked with an ?. This list will hopefully grow as I find time to look at more tools and add them.

ctgrind is a patch available for the Valgrind (memcheck) tool, which adds functionality to mark areas of memory as uninitialized. This is to be used on secrets. At runtime, the memcheck tool then checks that the secret(uninitialized) memory is not used in branches or for memory access. As Valgrind’s memcheck supports the VALGRIND_MAKE_MEM_UNDEFINED and VALGRIND_MAKE_MEM_DEFINED client requests, it is now possible to implement a ctgrind-like approach without patches to Valgrind.

The ct-verif tool is a static analysis tool verifying constant-time properties of code, working on the level of LLVM IR, with source code annotations. It uses the SMACK modular software verification toolchain, Bam-Bam-Boogieman for Boogie source transformation, Boogie intermediate verification language as well as the Corral and Z3 solvers.

The tool is actively deployed in the CI of Amazon’s s2n library at link. However, even there, it is only used to verify two functions that together have less than 100 lines of code.

The FlowTracker tool is a static tool that works by analyzing the Program Dependence Graph (PDG) of the target in LLVM IR form.

SideTrail (at one point called SideWinder) is a tool for verifying time-balanced implementations. The notion of time-balance is a weakening of the constant-time notion that allows for the presence of leakage that is provably under some bound $\delta$ (execution time is negligibly influenced by secrets). For $\delta = 0$ this notion fits well with the notion of constant-time. The tool uses a cross-product technique similar to that of ct-verif. However, instead of asserting the equality of memory accesses and program counter, it asserts the equality of an instruction counter. Its leakage model and technique are well suited against remote (non-cache) attackers.

The tool is deployed in the CI of Amazon’s s2n library at link, where it is used to verify the time-balancedness of several parts of the codebase, handling the CBC decryption, HMAC padding, and AEAD decryption.

The MicroWalk framework is a dynamic tool that uses Dynamic Binary Instrumentation (DBI) and Mutual Information Analysis (MIA). As a dynamic tool, it runs the target with random inputs and uses dynamic binary instrumentation to log events such as memory allocations, branches, calls, returns, memory reads/writes as well as stack operations into an execution trace. It then processes these traces by applying the chosen leakage model, i.e., in the branching model, it only keeps the control flow events in the execution traces. After collection of traces, it offers several analysis options, either directly comparing the traces or using mutual information analysis either on the whole trace or a specific offset in the execution traces (a specific instruction).

DATA (Differential Address Trace Analysis) is a tool quite similar to the Microwalk framework in that it is a dynamic tool that records memory-accesses of the target into address traces as it processes random secret inputs. The traces are then aligned and analyzed using generic and specific leakage tests. The tool reports the location of leakage and even offers a graphical user interface for analysis.

The FaCT tool is less of a tool for analysis of implementations for timing leakage and more of a domain-specific language for writing constant-time implementations that automatically removes leakage during compilation. The language is C-like, compiles into LLVM IR, and offers the secret keyword, which is used to mark certain variables as secret, which then triggers the compiler to generate constant-time code with regards to their values.

ct-fuzz takes inspiration from ct-verif in its method but diverges significantly. It first constructs a product program using self-composition of the target with itself, where it asserts that at each point that the memory address accessed by the two programs, whether through control from or indexing, is the same. It then uses a fuzzer against this product program, which splits its fuzzing input equally into the secret inputs for the two instances or the original program in the product program. If the fuzzer detects a failed assert, leakage is detected, as it found two runs through the target, which differ only in secret inputs yet access different offsets in memory.

The TIMECOP tool is a tool that uses Valgrind’s memcheck client requests VALGRIND_MAKE_MEM_{UN}DEFINED to essentially implement a method like ctgrind. It is a part of the SUPERCOP toolkit (System for Unified Performance Evaluation Related to Cryptographic Operations and Primitives) and is used to evaluate the constant-time properties of implementations in SUPERCOP.

There is an abundance of tools for verifying constant-time properties of cryptographic implemenetations, yet none seem to be actually used in an automated way outside of the papers that introduced them. This is troubling, as their impact is then limited to the select few implementations that the authors chose to verify in a given work while real-world cryptographic libraries change daily and have no automated verification.

From the analyzed static tools, ct-verif and SideTrail stand out, as they are actively deployed; of note is also the Binsec/Rel tool for its approach on a binary level.

The usability of dynamic tools is usually much better than that of static tools, with ctgrind/timecop‘s approach being almost zero cost in terms of integration as ordinary tests or fuzzing together with Valgrind suffice. The dudect tool could also be used in continuous integration, provided some test harnesses are created for it. The MicroWalk/DATA tools are quite similar and might be more suited to interactive testing of implementations.