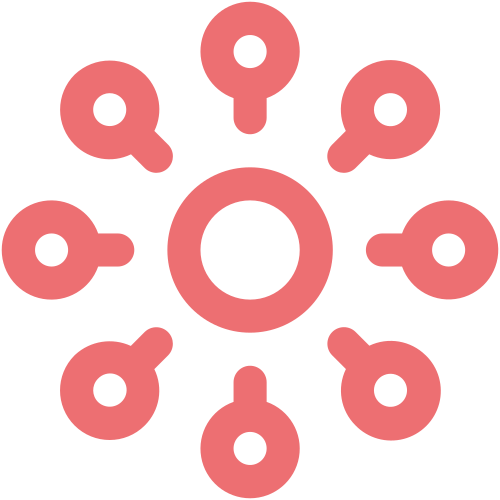 This post analyzes the Slovak contact-tracing app Covid19 ZostanZdravy from a security and privacy perspective. The app is being developed by volunteers from Sygic, but is officially running under control of NCZI, the National Health Information Center, with data ownership by UVZ, the Public Health Authority of Slovakia (see the privacy policy). This analysis was performed from publicly available sources, which was possible as both the app and backend are open-source (the analyzed commits were 400aa52, 2710f09 and f9b9d2c). The text below represents the issues I see in the current workings of the contact-tracing part of the app and provides an outlook on fixing them and moving forward. The analysis represents a best effort analysis done in a day, it might contain errors, or I might have misrepresented something, I am open to comments .

This approach clearly provides the whole contact graph of a user's device to the server, whether the user is infected or not. Such a contact graph, while it is pseudonymous, leaks significant private information about the users to the server (see this document, section 4).

As described above, it is likely that the reporting of contacts of an infected user uses only one-sided contacts submitted by the user's device, i.e. when querying the contacts of a user X, the contacts of all users are queried for X's profileID (see the code). Which might make sense, if one accounts for the possibility of some devices going offline and not uploading their contacts. If contact reports from both parties were necessary to report a contact, this might pose problems. However, this implicit trust of user's reported contacts, together with the way profileIDs are assigned (unsigned increasing integer sequence, see the code here and here) creates an attack on the system, in which an attacker can get the infection status of all of the users.

If however, the implicit trust was one-sided the other way, i.e. querying the contacts of a user X would trust their reported contacts a different attack would be possible, one that would mark all users as having contact with an infected person.

The attack would work as follows:

Modifying the system to rely on both sides of an encounter to report it might seem like an easy fix, however that brings the aforementioned issues of false-negatives created by devices going offline, or devices with different bluetooth strength (where only one device saw enough broadcasts of the other device to report a contact) and so on. The current system with predictable and static user IDs will likely always suffer from similar attacks.

Using a custom contact-tracing protocol, as the system does, is a security risk even if the above attack is fixed, as proper specification and security analysis is necessary to get it right. One can get both of those by using an established protocol such as DP-3T. As the cryptography community mantra rightfully states, Don't roll your own crypto!

The three components of the system, the Android app, the iOS app and the backend server are all open-source, which is quite nice from an analysis perspective and also the bare-minimum a contact-tracing system should be.

There is however no transparency over the build and deployment process, e.g. what versions of code actually run on the server, or are provided in the respective app stores. The Android app does not contain the full configuration and it is thus not possible to build it reproducibly such that the built APK matches the app store APK perfectly.

Having build reproducibility for a privacy sensitive app is important, to ensure that code can be analyzed and that arguments from this code analysis can be applied to the deployed app. Also to make decompilation and analysis of deployed apps not necessary apart from a comparison of the app's hash.

The system lacks any proper specification, of the contact-tracing protocol, backend API or really any component. Without a detailed specification of all of the system's components and their responsibilities and behavior, proper analysis is resource-intensive if not impossible. This can be seen from my statements about the attacks above, where an unavailable component of the system, the admin app, makes decisions that influence how and if an attack would work. Without this specification, which should have been created before implementation took place, more vulnerabilities in the system cannot be ruled out, they will however remain harder to find and fix.

The components also lack documentation, apart from a README here and there. Having properly documented components would make security analysis of the system easier, as well as help new contributors to contribute to the project.

The android app contains no tests at all, the iOS app contains a test directory that contains no tests. The server is the only component with any tests, and contains a few tests for the push-notification service, SMS messaging service and a few unit tests for the core repository. This absence of tests is a serious issue for a privacy sensitive app, as the likelihood of errors in the code with absolutely no tests is high.

The contact-tracing capabilities of the app have not been properly tested in the real-world, to the best of my knowledge. Such testing is necessary for proper calibration of what an epidemiologically significant encounter is and how it manifests in the BLE broadcasts. Modern devices have strong capabilities to both broadcast and receive the broadcasts, if any sequence of correctly received broadcasts longer than 5 minutes is counted as an encounter (as currently done in the app), the number of false-positives would likely be quite high.

Calibration and real-world testing is currently being performed by the DP-3T team, using an app built using their decentralized contact-tracing protocol, even before the deployment of the app in Switzerland (see here and here).

In comparison with current contact-tracing efforts and plans of different countries, the app is clearly the least privacy-preserving, due to using the aforementioned privacy issues (full contact graph on server, attacks possible, static and predictable IDs used).

The DP-3T project presents a decentralized privacy-preserving approach to contact-tracing, with strong guarantees, a detailed specification, published SDKs and extensive security analysis. It is also backed by a large group of researchers from the security & privacy area. This approach will be deployed in Switzerland (app). There has also been extensive work on interoperability of contact-tracing protocols, focusing on DP-3T (here).

There have been several statements from hundreds of scientists and researchers mainly in the fields of security & privacy that called for a responsible, privacy-preserving by design, approach to contact-tracing. See here and here. These statements endorse the decentralized privacy-preserving approach taken by DP-3T and clearly advise against the centralized approach taken by the Covid19 ZostanZdravy app (obviously without directly mentioning it).

I believe the app, as it is now, presents a significant risk from a privacy perspective. The following list summarizes the issues presented:

When comparing the app to the principles outlined in the Joint Statement on Contact Tracing, the app fails all but one.

I want to stress that an analysis like this one should have been performed long before the app achieved current levels of deployment. A way to fix some of the issues above would be to move the app to the DP-3T contact-tracing protocol, which has SDKs available for both Android and iOS, and has passed significant security and privacy analysis. This would fix the privacy and security issues inherent in the protocol used, but also help with other issues, as the need for a full specification would be lower, the code to document would be simpler and there would be less code to test. Calibration and testing issues would be also resolved by the currently ongoing testing by the DP-3T team.

One practical issue that I did not mention, as it does not pertain to security or privacy, is that of Bluetooth broadcast issues on iOS. This would be resolved by using DP-3T as well, since the iOS SDK of DP-3T plans to utilize the Apple provided contact-tracing APIs, when they become available.